All About Food Waste

Americans throw more than $15 billion worth of food away every year, according to a new report from the Natural Resources Defense Council (NRDC). Why would we do this? Can’t we just recycle all our trash? And what about the food that spoils in the fridge instead of being eaten? The problem of food waste goes beyond what we throw out. Recent studies show that nearly 25 percent of our nation’s food is lost or wasted.

Food waste is a hot topic right now — from corporate giants like Walmart to tiny mom-and-pop stores. There are lots of reasons for this, but it boils down to the simple fact that a lot of food is thrown away each year in the U.S. (About 40 percent of all food produced in the country is thrown away or donated to charities.) In fact, food waste is estimated to cost the U.S. $218 billion in production losses.

Food waste is a big problem in North America. In fact, one of the biggest contributors to greenhouse gas emissions is food waste, which is estimated to be the equivalent of about 70 pounds of carbon dioxide in the atmosphere for every food item that is thrown away.

We throw away approximately 20-25 percent of the food we buy for the house. Food waste has serious implications for our own and others’ health, as well as the health of the world.

Pick up 5 bags of goods from the supermarket shop. Then go to the trash with one bag in hand.

Yes, about 20-25 percent of the food bought for the household is wasted. This translates to 1.3 pounds of food thrown away per day, or 474.5 pounds each year.

Food waste has serious implications for our own and others’ health, as well as the health of the world.

“A Buddhist idea known as mottainai urges… us to be thankful for the resources we have, to respect them, and to utilize them with care. It also urges us not to squander.” Wangari Maathai, Nobel Laureate

What is the definition of food waste?

Food is regarded as a throwaway commodity in the industrialized world.

While none of us thinks that burning a rainforest is a desirable idea, wasting food adds to the destruction of one. We could relieve strain on the world’s surviving natural ecosystems if wealthy countries didn’t squander so much food.

Food waste is almost often the result of an excess of food. Humans have ignored sustainable resource usage throughout history, even when resources were plentiful.

The United States has the largest food surplus of any country. We have 200 percent of an average adult’s energy needs — between 3,500 and 3,900 kcal per person are accessible. This is more than a typical adult needs. According to experts, a 130 percent excess, or approximately 2,700 kcal for most people, is sufficient.

So, what are we going to do with the surplus?

We may keep it, eat it, or throw it away. And we can only keep excess for so long before we have to dispose of it. Rich nations now divert excess food resources to farm animals, garbage cans, and their own overweight bodies.

Check out The Guardian’s food waste slide presentation for all 18 pictures.

What is the significance of food waste?

There’s a plenty of it.

In the U.S., where there is a significant food surplus, between 25% and 50% of all food is wasted (depending on sources & estimates).

Similarly, about 20 million tonnes of food waste are generated in the United Kingdom each year.

The paradox is that global food insecurity has reached new heights, with almost 1 billion people going hungry. Food costs are continuing to rise in many parts of the world, and even in wealthy North America, there are record numbers of people using food banks.

Food waste is a waste of resources.

40% to 50% of the produce that is ready for harvest is never consumed. It may be damaged in transportation, thrown out because of its look, not sold in the shop, or not eaten at home. Foods that do not meet specific aesthetic criteria, such as size, shape, or color, are discarded. As a result, a perfectly excellent apple may be discarded because it has a little blemish on it.

Fruits and vegetables account for 28% of the waste generated by merchants and consumers.

Apples from the orchard to your plate

Below: Do you think this is absurd? These figures date back to 1995. We’ve deteriorated…

Food waste equates to a waste of other resources.

When we purchase more food than we need, we destroy land and resources that might otherwise be utilized to feed the world’s poor. Here are some more things we throw away:

Food waste leads to a slew of other societal issues.

When we purchase food and then throw it away, we decrease the total supply and raise food costs. Food becomes more expensive for people who are impoverished and malnourished in other areas of the globe as a result of this. As seen in the diagram below, it also causes additional issues.

Food scraps and livestock feed are going to the dogs.

Do you recall the case of the mad cow disease? This arose as a result of manufacturers utilizing leftover animals in cattle feed, causing herbivores to cannibalize one another.

We breed animals to consume their flesh, but what about their livers, kidneys, brains, tongues, and feet, among other organs? People have been using these items for millennia. However, we increasingly utilize them as components in pet and animal food in the wealthy world.

Offal consumption has dropped by half in the past 30 years, with the viscera and trimmings of a slaughtered animal generally deemed inedible by humans. In essence, we consume the parts of animals that we like and discard the rest. There’s more to chicken than skinless breasts.

In addition to “excess” meat, agricultural animals consume almost 40% of world cereals (this is higher in the U.S.). This does not include the other foods consumed by animals.

We feed animals more than three times the amount of food we give them in the form of milk, meat, and eggs. In other words, the crops fed to livestock lose 70% of their calories.

When food is given to farm animals, we are clearly not throwing it away, but it is wasteful in a world with almost 7 billion humans. People in a worldwide democracy would very certainly demand the abolition of fattened animals merely because of their inefficiency.

“There are almost a billion hungry people on the planet, yet with less than a fourth of the food wasted in Europe and North America, they could all be fed. We are pulling food out of the mouths of the poor in a globalized food system, where we all purchase food in the same worldwide market place.” Stuart, Tristram

We can assist to reduce obesity and environmental costs by addressing the excess of food in the United States. Here are some ways you may help reduce food waste by getting involved.

While it may seem that transporting “separate” food waste is inconvenient, consider the following scenarios.

Flyer for a food waste campaign (click to enlarge)

We lose the whole upstream environmental footprint needed to manufacture and transport a single ready-to-eat salad when we toss it away.

Officials in India complained that not only do Americans consume excessive amounts of food, but that if they dropped down to the weight of middle-class Indians, “many people in Sub-Saharan Africa would find food on their plate,” as one official put it.

Do you recall crop gleaning? Some individuals are returning to gleaning: the necessity to feed starving families has rekindled interest in the practice. Also see Not Far From the Tree, a Toronto-based group that harvests excess fruit from local trees directly in the heart of the city.

Currently, enough food is redistributed in the United States to feed 26 million people.

“Nowadays, there are a lot of programs on food television about chefs doing fancy things with beautiful meals. Chefs are said to accomplish just that. That isn’t all, however. There are a lot of things that aren’t very fancy… Some chefs throw away food. They toss it away because they don’t know how to prepare certain portions of it or because they forgot about it in the refrigerator. They are uninterested in the components or the procedure. Vegetables and animals, on the other hand, are born to be eaten. Their lives come to an end at that point. We have a duty to make full use of everything. This is something we must comprehend. In the kitchen, a chef must consider the cuisine very carefully.” –Kaiseki Sakura chef Daisuke Izutsu

To see the information sources mentioned in this article, go here.

Want to be in the greatest form of your life and keep it for the rest of your life? Check out the 5-day body transformation programs below.

What’s the greatest part? They are completely free.

Food waste is already a huge issue, but it’s about to get worse. Last year, the USDA predicted that food waste in the U.S. would hit an all-time high of 33.9 million tons. But it’s far worse than that. The U.S. Department of Agriculture (USDA) announced this week that they now expect to hit 35.6 million tons of food waste. That’s 6 million tons more than the USDA expecte. Read more about food waste statistics 2022 and let us know what you think.

The main cause of food waste is that people do not plan ahead. If you are going to the grocery store, make a list and stick to it.”}}]}

Why is food waste a problem?

Food waste is a problem because its wasted food. If you dont eat your food, then it will go to waste.

What are 5 facts about food waste?

Food waste is the food that is discarded after it has been harvested, processed, cooked or eaten. It can be defined as any edible food that is no longer fit for human consumption.

What is the main cause of food waste?

The main cause of food waste is that people do not plan ahead. If you are going to the grocery store, make a list and stick to it.

August 2, 2021 By Vaibhav Sharda
How to leave the Windows Insider program Keto Halloween Cookies Made with Sugar-Free Candy | 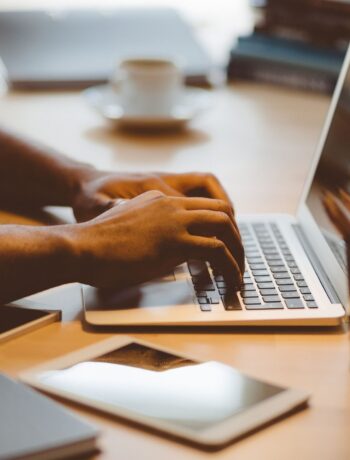 6 Best Miami Education Blogs All Teachers Should Follow in 2022

Fix your gut, fix your health